Not a religion of peace. Hundreds of millions of Muslims pro violent jihad.

The greatest modern scholar of Islam, Bernard Lewis, is emphatic that the West and Islam are in civilizational battle that cannot be reconciled. Of course not all Muslims are evil, but 99.9% of terrorists are Muslim and we cannot yet tell who which Muslims will be radicalized or are jihadists now. Last year, there were 452 suicide terror attacks across the world. Four hundred and fifty of them were committed by Muslims. Last month, Muslims pledging allegiance to ISIS murdered 14 people in San Bernardino, California.  Until we can absolutely guarantee any immigrant coming to USA is not a Muslim jihadist, they cannot be allowed to enter. It is dangerous enough that 25% of USA Muslims today support jihad.
Islam must be reformed. Egyptians President El-sisi told his imams they must! http://www.cnn.com/2015/01/06/africa/egypt-president-speech/ We need the cooperation of non- jihadist Muslims to wage this war.
Danger from the Syrian rapefugees
a. All our security agencies say we cannot vet them https://www.washingtonpost.com/news/federal-eye/wp/2015/11/17/senior-obama-officials-have-warned-of-challenges-in-screening-refugees-from-syria/     http://thehill.com/policy/national-security/260205-ex-house-chairman-refugees-cant-be-fully-vetted
http://dailycaller.com/2015/10/21/fbi-director-admits-us-cant-vet-all-syrian-refugees-for-terror-ties-video/
b. Carter embargoes Iranian muyslim immigration in hostage crisis because of security concerns
c. 80% of Syrian rapefugees are military age males http://m.sputniknews.com/europe/20151006/1028097655/finland-refugees-migrants-myth.html
d. 13% rapefugees admit to supporting isis
e. Rapefugees are regularly being arrested for terrorism activities
f. 25% current US Muslims admit to supporting violent jihad

g. There has been a massive surge of rapes, violent crime, welfare among those rapefugees currently infiltrating Europe  http://www.gatestoneinstitute.org/7470/germany-migrants-crime

http://pamelageller.com/2014/07/muslim-cleric-islam-killing-infidel-women-children-permitted-prophet-muhammad-said-duty-fight-target-america.html/
They ok rape as legit http://rightwingnews.com/islam/female-islamic-professor-says-rape-is-an-acceptable-form-of-humiliation/  Syrian RAPEFUGEES: http://www.jewsnews.co.il/2016/01/17/muslim-refugee-rapes-10-year-old-girl-in-minneapolis/   There is massive increase in rape in Europe. 70% Swedish rapes come from the 5% Muslim population
Women warned not to go out at night http://www.express.co.uk/news/world/650919/Sweden-migrant-sex-attacks-Ostersund-women-go-out-night-refugee-centre
RAPE children as punishment http://www.supportisraelnow.com/2016/02/22/muslim-gang-raped-this-christian-baby-girl-because-her-father-refused-to-convert-to-islam/
g. Isis proudly announces the intention is militant infiltration and conquest by rape
i. bizarrely try and equate Jews fleeing Hitler to these fighting rapists
j. 65 Muslims countries won’t take any. What do they know we don’t ?
k. Democrats want them solely because 80% vote Democratic when they come here
l. Govt. can’t keep track of them http://www.breitbart.com/london/2016/02/26/german-government-admits-they-have-lost-one-in-ten-migrants/
m. Can’t keep track of them 10. http://www.breitbart.com/london/2016/02/26/german-government-admits-they-have-lost-one-in-ten-migrants/
n. Rapefugees Masturbate, harass and poop in communal pools? http://www.express.co.uk/news/world/637276/Johannisbad-baths-Rainer-Kallweit-Zwickau-Saxony-Germany
o. Isis told us a year ago this would happen
Mass migration and rape for conquest are part of islam, the doctrine called Hiraj
p. TEEN REFUGEES STABBERS http://www.redflagnews.com/headlines-2016/after-canada-agrees-to-accept-25000-muslim-refugees-a-14-year-old-muslim-girl-stabs-five-students-and-two-adults-at-a-high-school
q. CHILD BRIDES http://www.investigativeproject.org/5177/the-next-syrian-refugee-crisis-child-brides
r. MOST US MOSQUES ALREADY RADICALIZED http://conservativepapers.com/news/2015/12/10/former-fbi-vast-majority-of-mosques-are-part-of-jihad-network/#.VpWiheGnakY.facebook
s. Huge % are on welfare
t. Necrophilia Sex with dead women in Wisconsin http://100percentfedup.com/muslim-illegal-alien-claims-sex-dead-girl-not-crime-lawyers-fight-charges-dropped/

3 May 2013   |
Tuesday saw the release of a major international Pew Research study into the opinions of Muslims on a variety of topics. The full report (PDF) is here, but let’s just take a quick peek:

The study is a four-year effort by Pew, which conducted 38,000 face-to-face interviews in 80-plus languages for the survey. In total, 39 countries and territories were included, all of which had over 10 million Muslims living there. …

A majority of Muslims in Asia, Africa and the Middle East favored sharia law being adopted as the law of their countries, with the highest support recorded in Afghanistan at 99 percent. …
The study says that 72 percent of Indonesian Muslims favor making Islamic law the official legal code in the country, compared to 86 percent in Malaysia and 77 percent in Thailand having the same opinion.

A strong majority surveyed said so-called honor killings could never be justified. The only exceptions came in Afghanistan and Iraq, where majorities condoned executions of women deemed to have shamed their families by engaging in premarital sex or adultery.

Finally, to Pew’s credit, it didn’t ignore the elephant in the room:

The survey found the global median for Muslims opposed to violence in the name of Islam was 72 percent.

Marvellous.
Even though that group includes individuals like the 2009-era Tsarnaev brothers — then still moderate and not yet radicalized — let’s take it at face value and rejoice that a solid majority of Muslims does not openly engage in (or openly support) murder for Allah. 72 percent! Terrific!

Except … well, what about the other 28 percent? There are 1.3 billion Muslims on this planet. If 28 percent of them support violent jihad, that’s 364 million Muslims who condone the murder of apostates, blasphemers, gay people, cartoonists, loose women, and possibly everyone godless enough to attend the Boston marathon.
In the United States, the picture is only marginally better. Eight out of ten U.S. Muslims say it’s not cool to strap a bomb to your chest and kill a bunch of kuffar. But two out of ten say that’s dandy. There are 2.6 million Muslims living in the U.S. … x 19 percent  … Yep, almost half a million of them give suicide bombers a big thumbs-up.
Relieved? Reassured? Me neither.
Now let’s take a closer look at the report itself (pages 68-71), rather than the summary:

The survey finds widespread concern about religious extremism in Southeast Asia, South Asia and the Middle EastNorth Africa region. In nearly every country surveyed in these regions, at least half of Muslims say they are very concerned or somewhat concerned about extremist groups.

So roughly half a billion Muslims have no such concerns. Got it.

That’s adorable. That means that 25 percent of Indonesian Muslims are worried about non-Muslim extremists (of which there are very few in that country) to the exclusion of the violent agitators, murderers, and terrorists in their own midst. And in their way, they’d be right. They themselves will likely not be the targets of fellow Muslims. That fate will have to be borne by Indonesian Christians, Buddhists, or agnostics — or by tourists brave enough to visit a Bali nightclub.
My main takeaway from the Pew study is that the Muslim world seems to be radicalizing at breakneck speed.
Consider: After Gallup opinion-polled tens of thousands of Muslims across 35 nations in the mid-aughts and released its report in 2007, we were told that Muslims were almost totally non-violent. They only desire that the West show a little “respect” for their religion.
At the time, Dalia Mogahed, the executive director of the Gallup Center for Muslim Studies, could hardly stop talking about how widespread the Muslim aversion to Islamic violence was. She said she found that 93 percent of her fellow believers don’t want to see a drop of blood spilled in the name of Mohammed. What she left out was that the seven percent who do amounted to 91 million Muslims.
No doubt there is a difference between Gallup’s questions and methodology on the one hand, and Pew’s on the other. But if their respective numbers are even in the ballpark, and in seven or eight years’ time we’ve gone from roughly 90 million devout self-confessed supporters of Islamic violence to more than 350 million, we may well wonder if the message that Islam is “the religion of peace” is getting through to the followers — much less anyone else.
=-=-=-=-=-=-=-=-=-=-=-=-=


Posted by Jews for Trump Chicago at 4:49 AM 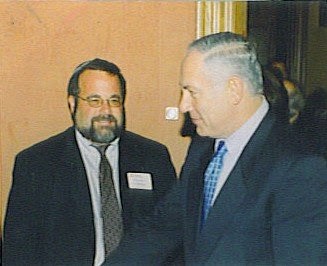